Most days I am working on a new post for the magnetics page and I am trying to put together 3 linear polarised light rays in order to get a circular polarised thing.

Since it is on the magnetics page I try to avoid all math things 3D complex numbers related.
And guess what happens? Every day I am deleting the stuff from the previous day.

This goes on for almost a week by now, but rewriting the stuff does not help much: if you do not have the right math tools, what can you do?

Now in the science of physics they can super-position two light rays in order to get a circular polarisation. I know it can also be done with three light rays but I cannot get the math on order.

On top of that, all those thousands and thousands of ‘professional professors’ get a pay rise year in year out. But the yearly payrise of these non performers is what later will be my entire yearly pension. So why should I try to explain how to combine three lightrays into a circular polarisation in the first place?

After all the professors always behave the same; there is no difference between math and physics professors, they are all skilled money parasites. And at best, perform like a ball of camel shit.

So in order to kill my own frustration, let me post an empty picture: 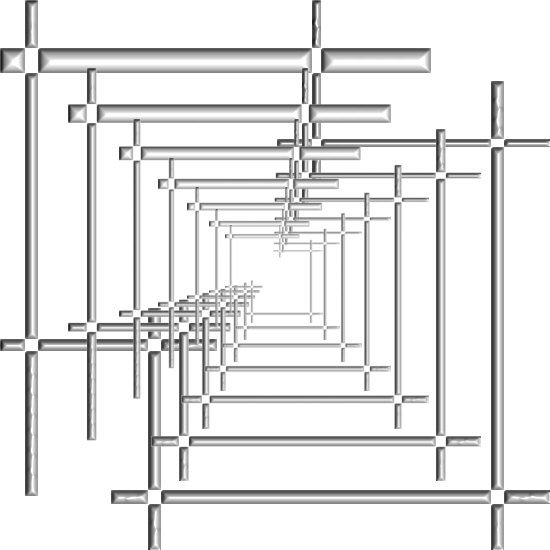 And after that, hang in some stupid non working math: 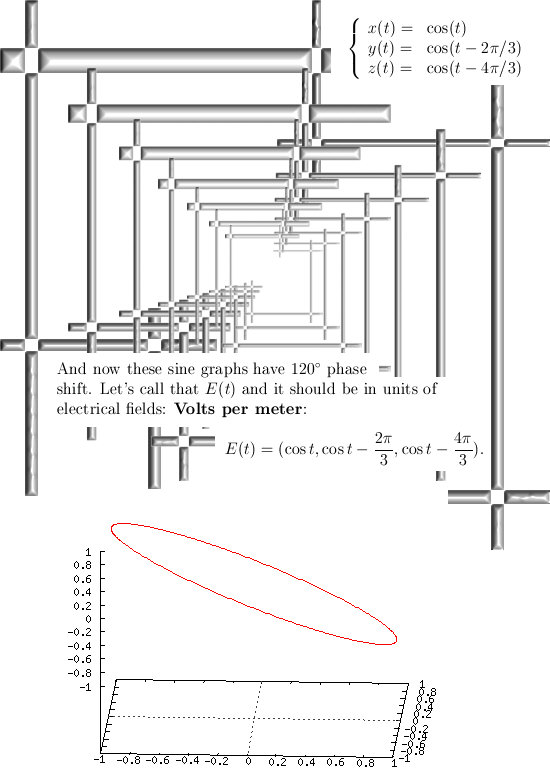 Ok, I feel levels of frustration in my brain declining but once more ponder the question:

Why should I carry wisdom to overpaid non-performing professors????? 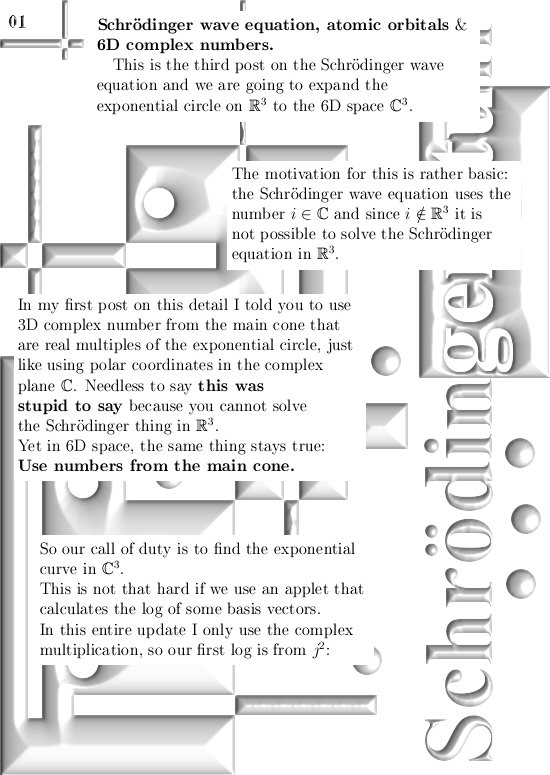 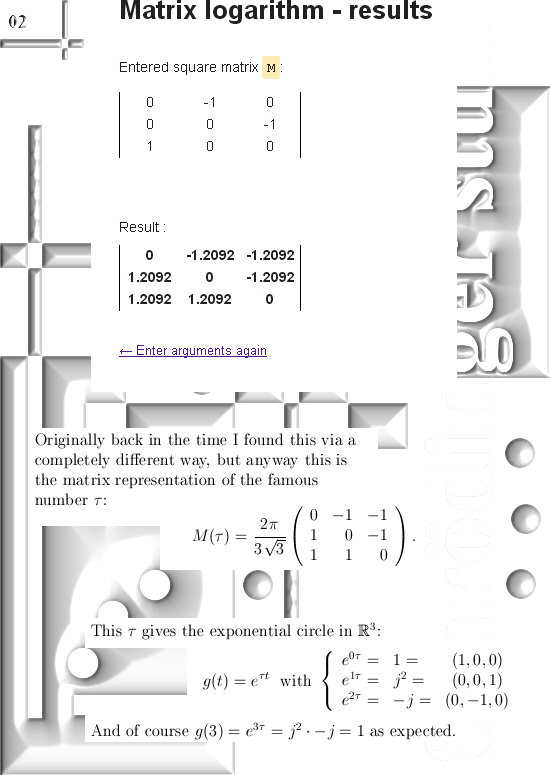 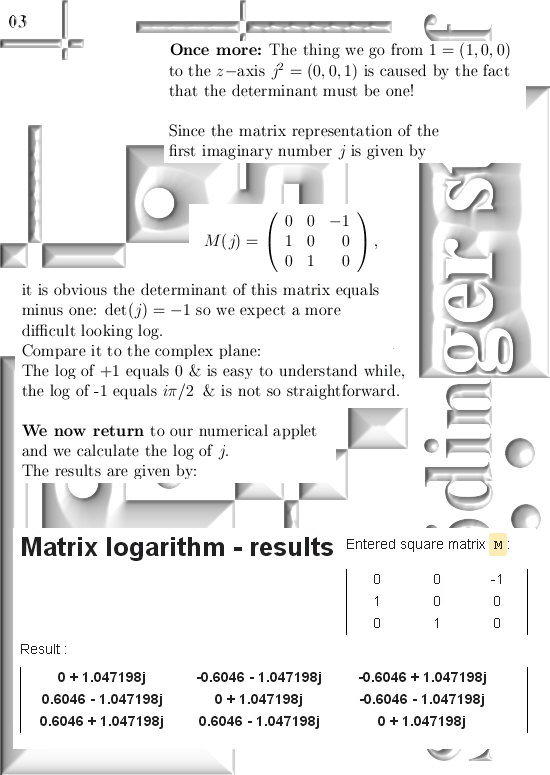 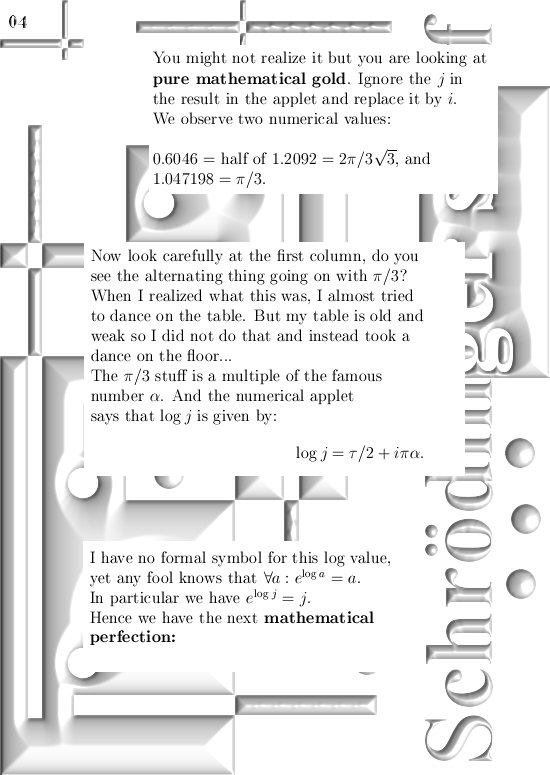 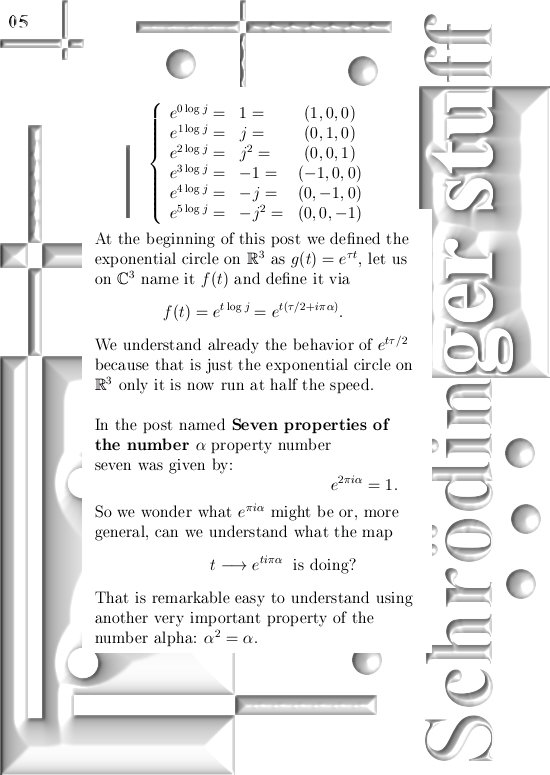 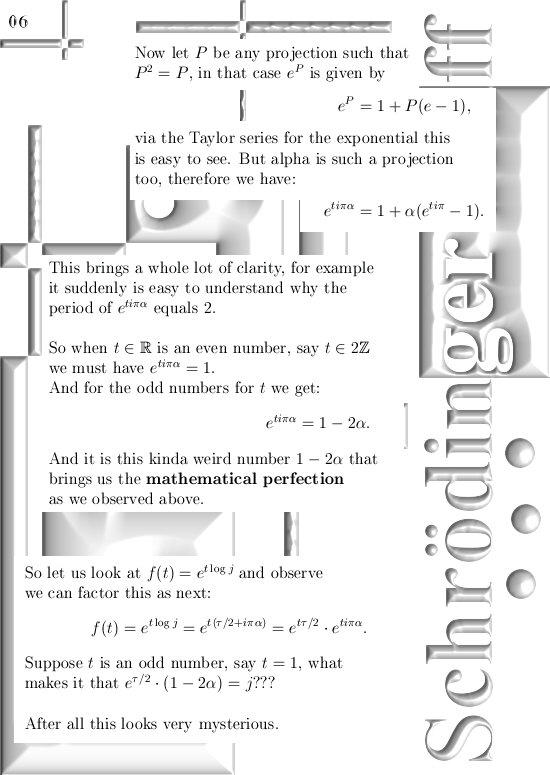 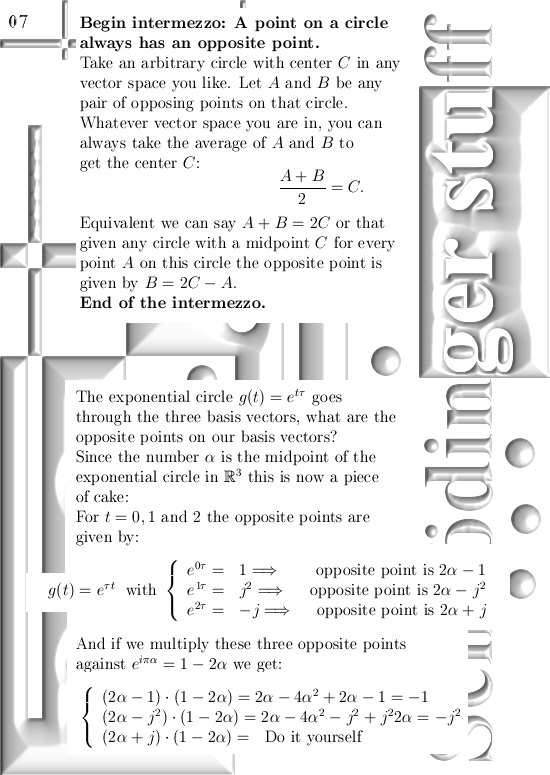 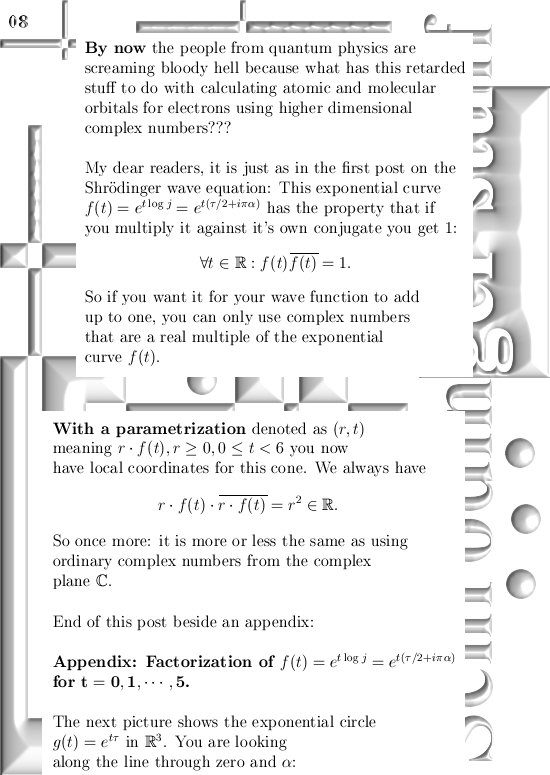 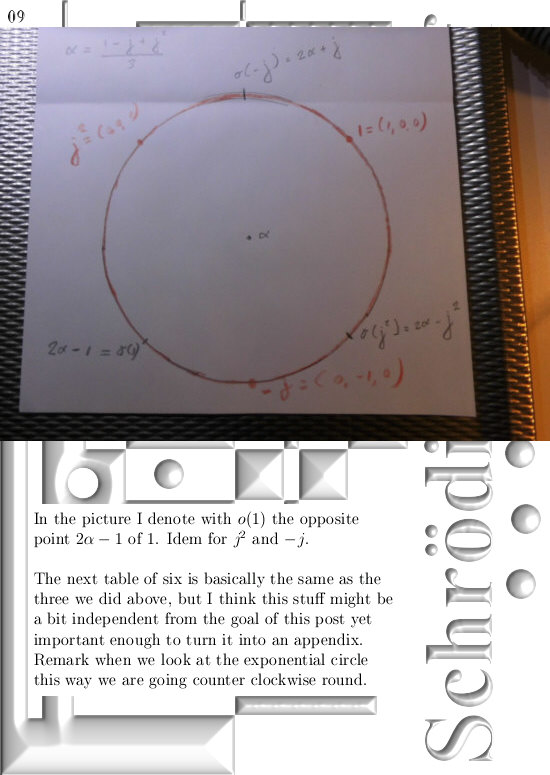 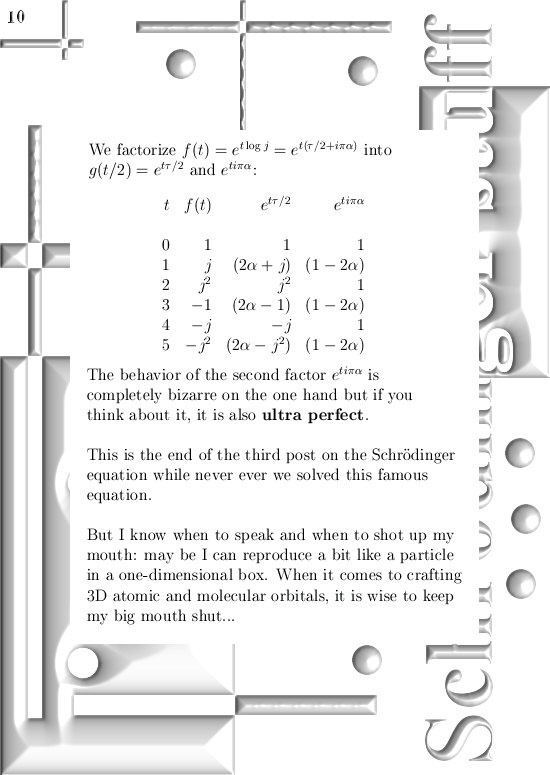 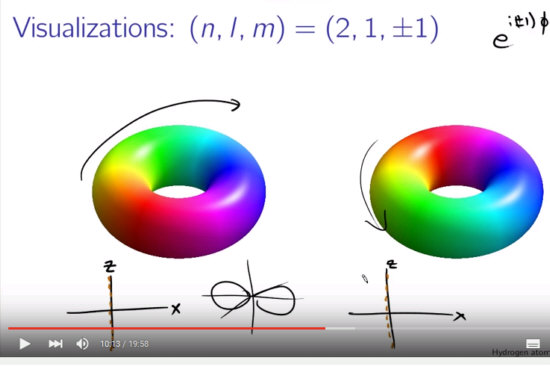 The stuff is more or less finished, I only have to turn it into a series of pictures so tomorrow or the day after I will post the third post on the Schrödinger equation using higher dimensional complex numbers.

Now on the other website I posted a teaser picture and since we are against cruel discrimination of peace loving websites why not post it here too?

So that is our post for today: Just a teaser picture: 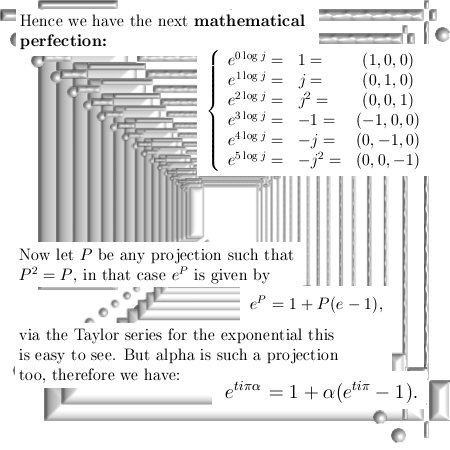 Ok ok I made a relatively big blunder when sending the people from quantum mechanics using the Schödinger equation into the direction of the 3D complex numbers.

Because as a matter of fact, you cannot solve the factual Schrödinger equation in the 3D complex number system because there is no famous i to be found with the property that i^2 = -1.

You need a more advanced number system and I will explain that in detail in an upcoming post number three on the Schrödinger wave equation.

In the meantime, it has not fallen on deaf ears on my side that after I posted the first Schrödinger post and I later did an internet search, suddenly with the search phrase ‘3Dcomplexnumbers’ I suddenly ended on number 1, 2 and 3.
So like expected it drew a lot of attention.

Therefore I would like to give a kind of present to the physical community because also not fallen on deaf ears, as far as I observe it physics people always try to use a product integral when they can.

Product integrals were my first serious mathematical invention, I found them while I was still trying to get my first year exam al the local university. Math professors almost never use product integrals because they are to stupid for that but physics people often put it in product integral representation.

How the history of that detail is I do not know, may be Paul Dirac had a bit to do with it…

Anyway, some time ago I wrote a pdf with the title

So far for the gift or the present, if you want to use other number systems beside the complex plane for depicting atomic orbitals or whatever you want to do with it, you also must know more about exponential circles and curves.

Physics people use so called ‘phase shift’ all of the time, but that is only multiplying some stuff with e to the power it or so. This is the sandpit exponential curve for toddlers.

An overview of exponential circles and curves.
http://kinkytshirts.nl/pdfs/10_exponential_circles_and_curves.pdf

A possible way of parametrization of 3D exponential circles is given in the next picture and understanding this stuff is important when it comes to the third post related to the Schrödinger equation: 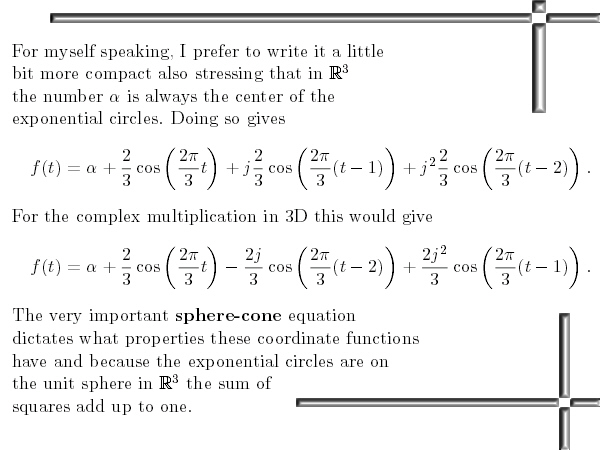 This is the end of this intro to the third Schrödinger post.
Have a nice life or try to get one.