Lately I was looking at some video’s about Fourier analysis and it dawned on me I had never tried if the coordinate functions of my precious exponential circles were ‘perpendicular’ to each other.

Now any person with a healthy brain would say: Of course they are perpendicular because the coordinate functions live on perpendicular coordinate axis but that is not what I mean:
Two functions as, for example, defined on the real line can also have an inner product. Often this is denoted as <f, g> and it is the integral over some domain of the product of the two functions f and g.

That is a meaningful way of generalizing the inner product of two vectors; this generalization allows you to view functions as vectors inside some vector space equipped with an inner product.

Anyway I think that most readers who are reading post number 62 on this website are familiar with definitions of inner product spaces that allow for functions to be viewed as vectors.

So I was looking at those video’s and I was highly critical if my coordinate functions would be perpendicular in the sense of such generalized inner product spaces. But indeed they are also perpendicular in this sense. Yet a bit more investigations soon gave the result you cannot build a completely new kind of Fourier analysis from this stuff.

Generalized inner product spaces are often named Hilbert spaces, a horrible name of course because attaching a name like Hilbert to stuff you can also give the name Generalized Inner Product Space brings zero wisdom at the scene.
It is only an attempt to turn the science of math into a religion where the prophets like Mr. Hilbert are given special treatment over the followers who’s names soon will be forgotten after they die.

This update is 11 pictures long, all size 550 by 775 pixels.
I kept the math as simple as possible and all three dimensional numbers used are the circular ones. So you even do not have to worry about j^3 = -1…

Have fun reading it: 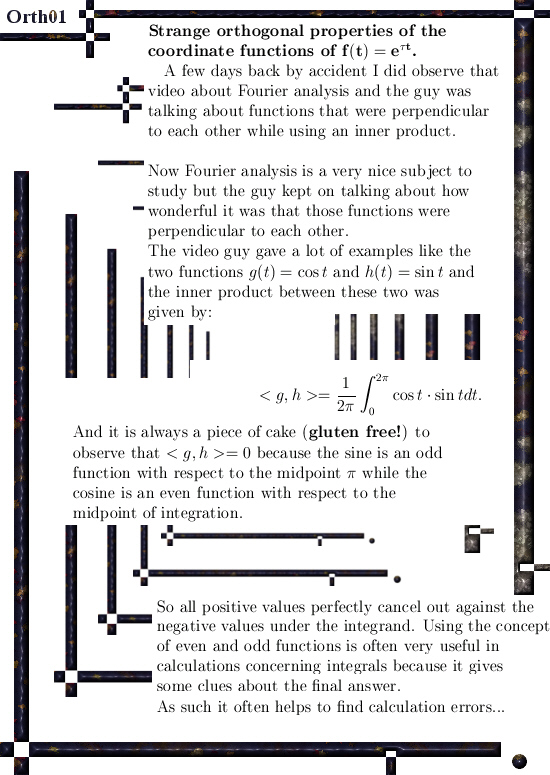 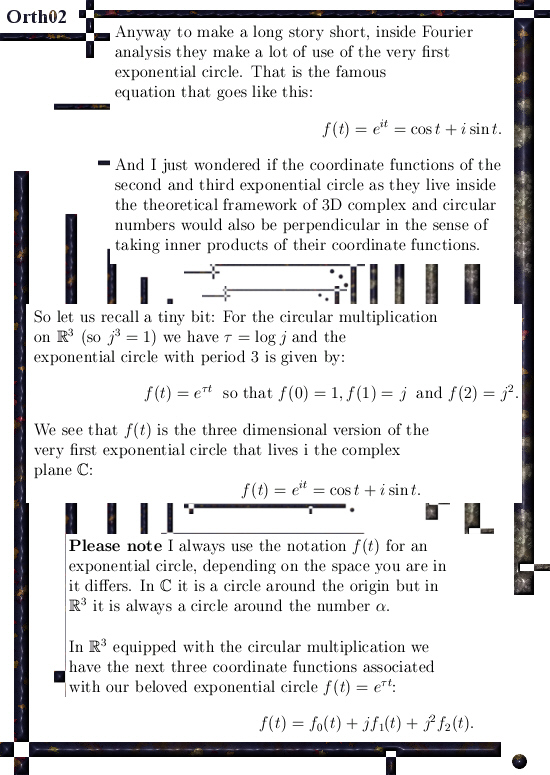 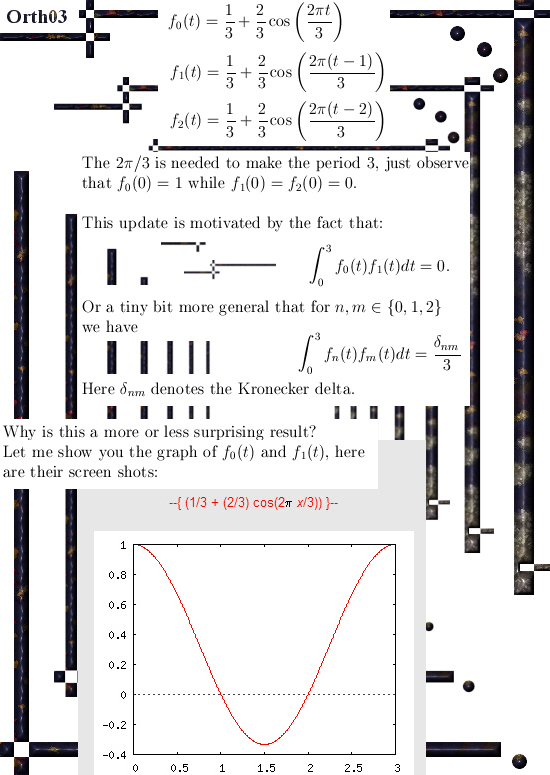 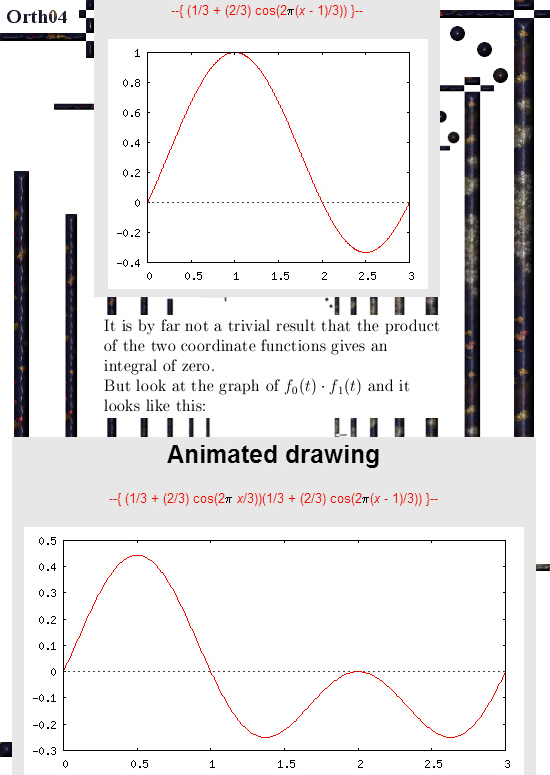 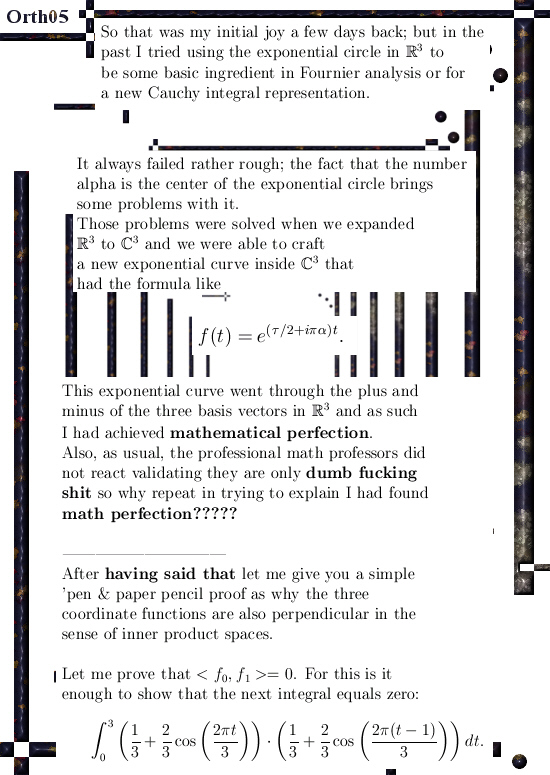 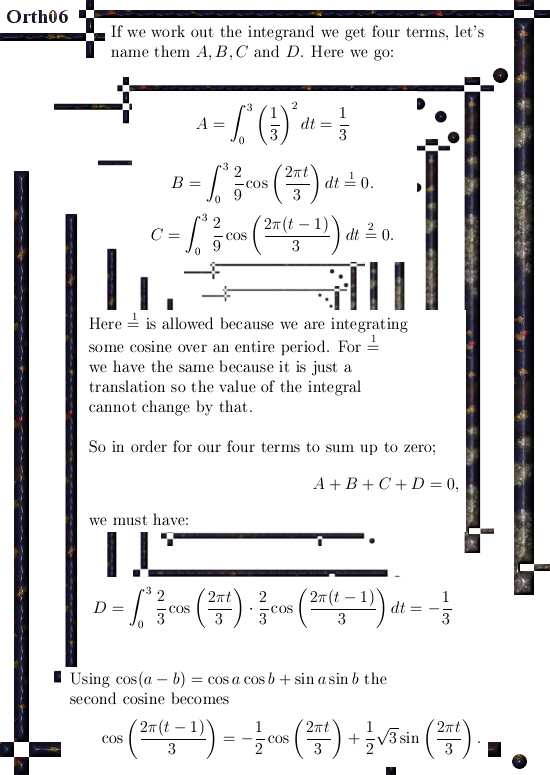 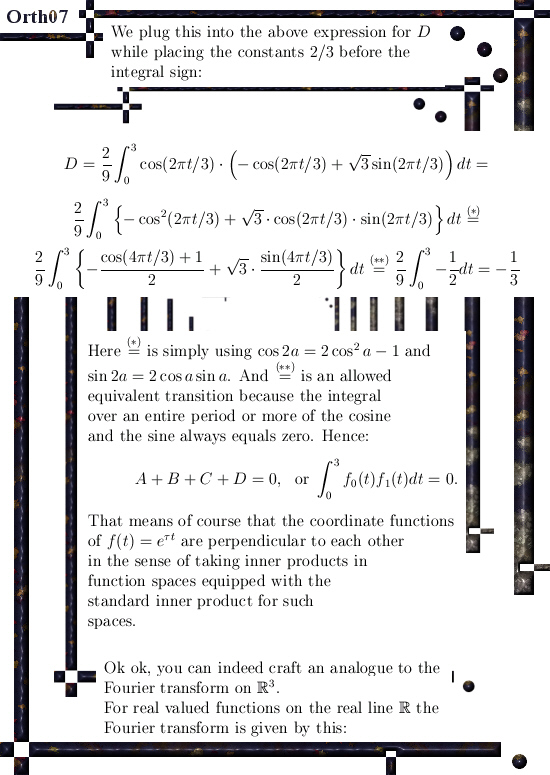 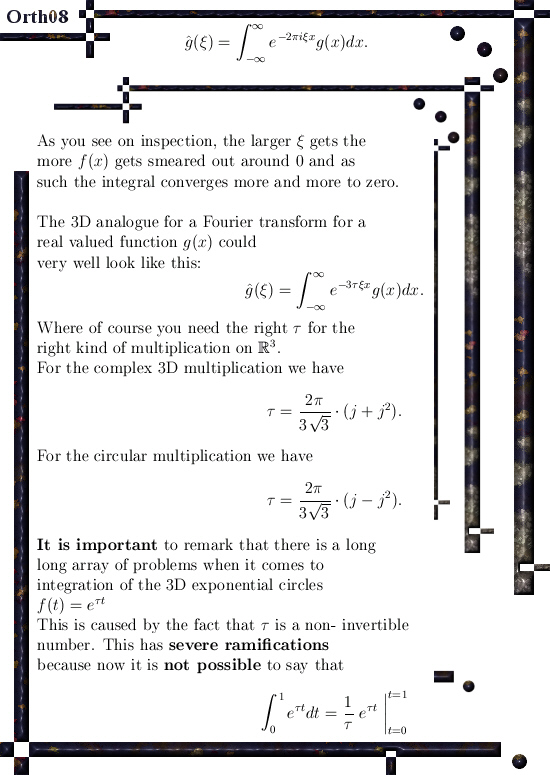 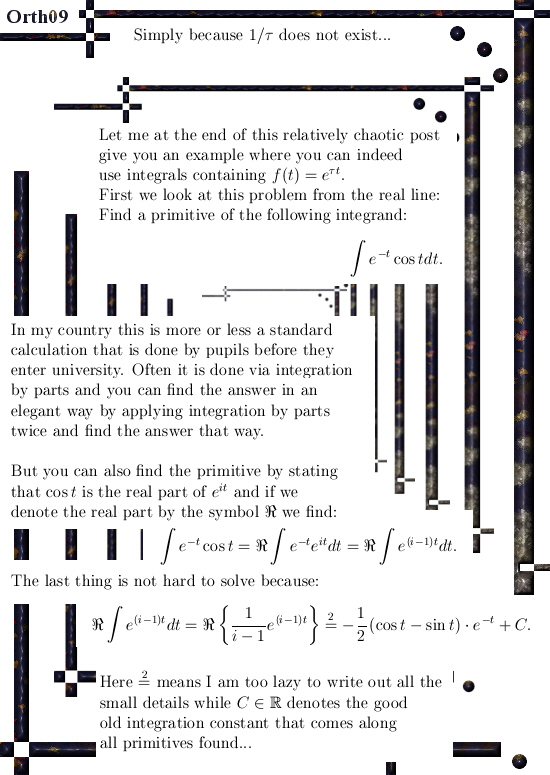 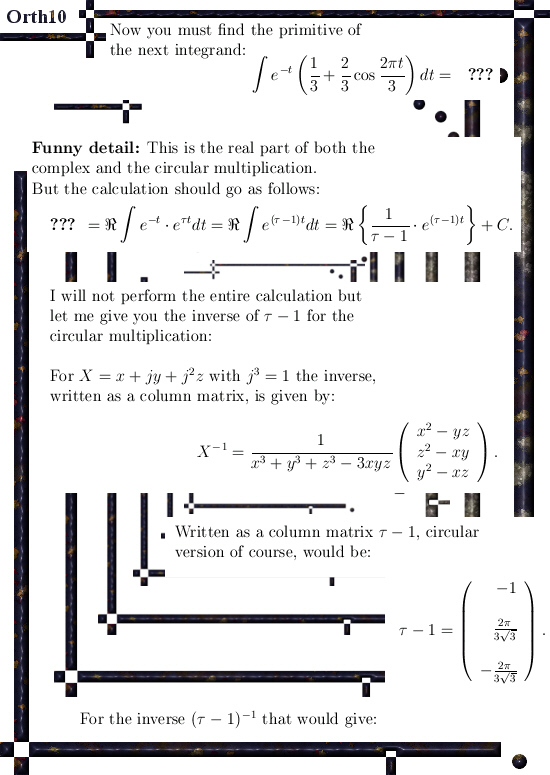 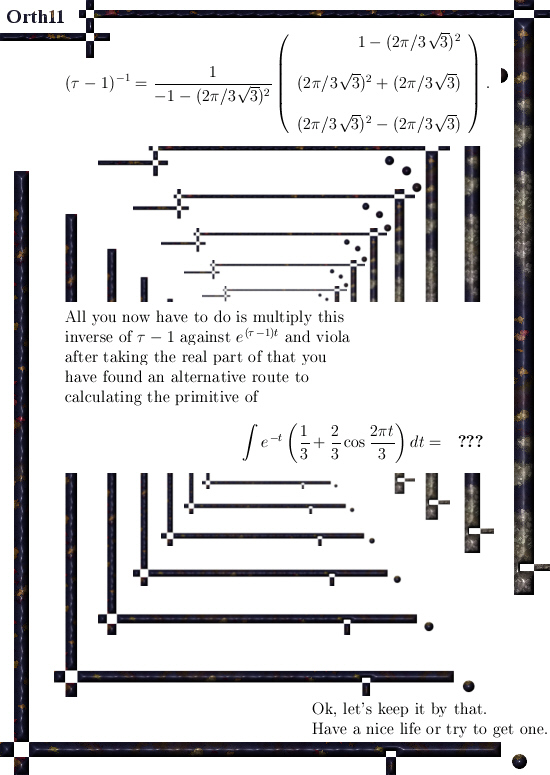 I hope you like the alternative way of calculating that integral in picture number 11. It shows that 3D complex and circular numbers are simply an extension of mainstream math, it is not weird stuff like the surreal numbers that decade in decade out have zero applications.

May be in the next post I am going to show you a weakness in the RSA encryption system.
Or may be we are going to do something very different like posting a correction on a previous post.

Let´s wait and see, till updates.