After all that magnetism stuff it is about time to throw in a tiny bit of simple math around how to find the derivative and primitive (the integral) of the inverse of a function.

In most (introductory) textbooks on calculus you will find a nice way of finding the derivative of the inverse of a given function f(x) defined on the real line. For integration where you need to find the anti-derivative there is also a very elegant way of calculating those, but in my life I have never ever seen it in print on paper in an actual existing book.

Now last week I came across a video where another guy claimed that finding the primitive in this way was completely new but within 60 seconds with the help of the Google search engine you can find this is not the case.

According to a wiki on the subject of integration of the inverse of a function, the first know results date back to 1905. This is a remarkably short time ago and for myself speaking I think that many folks found this way too but for some strange reasons it never popped up to the surface. It is strange to observe that for example the method of the calculation of variations was invented included those fine differential equations that form the way to find for example the path of least action or minimal time but somehow those people never found the way to integrate the inverse of a function…

On the other hand, I have seen it myself that there can easily be a complete vacuum in mathematics; in my first year at the university I invented the so called product integral. Normally when you calculate an integral you can view that as adding up all the area under the graph of a certain function, with a product integral you do the same but you do not add it up but you multiply all stuff.
And in it’s most natural setting you do that with raising a function f(x) to the power dx.
That was my invention but although product integration has been studied for over a century, nobody had ever taken a function to the power dx…

Now enough of the blah blah blah done, this post is four pictures long and the wiki stating this cute formula was found in the year 1905 is the next: 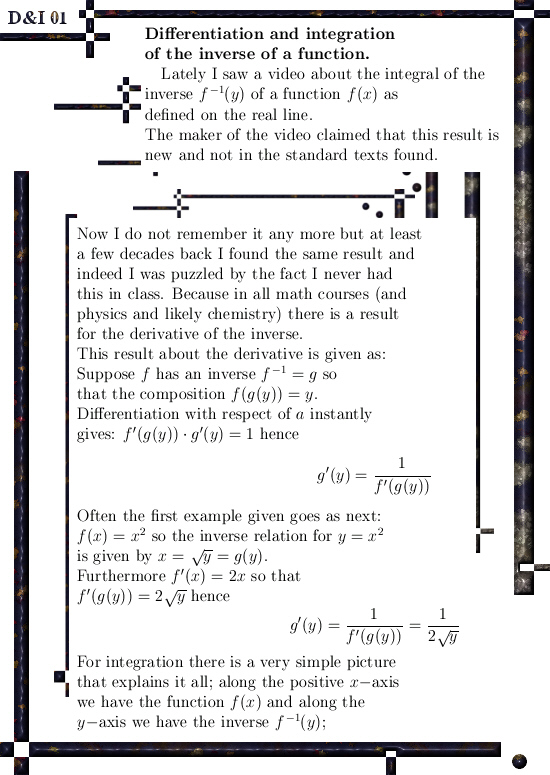 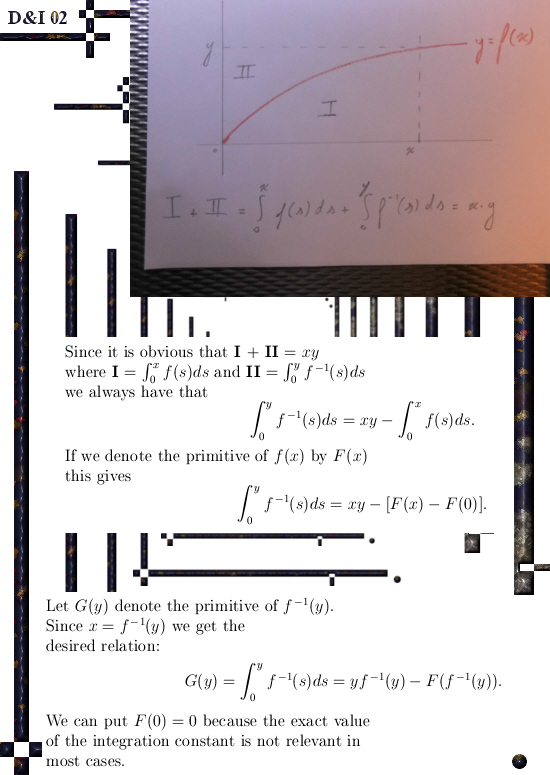 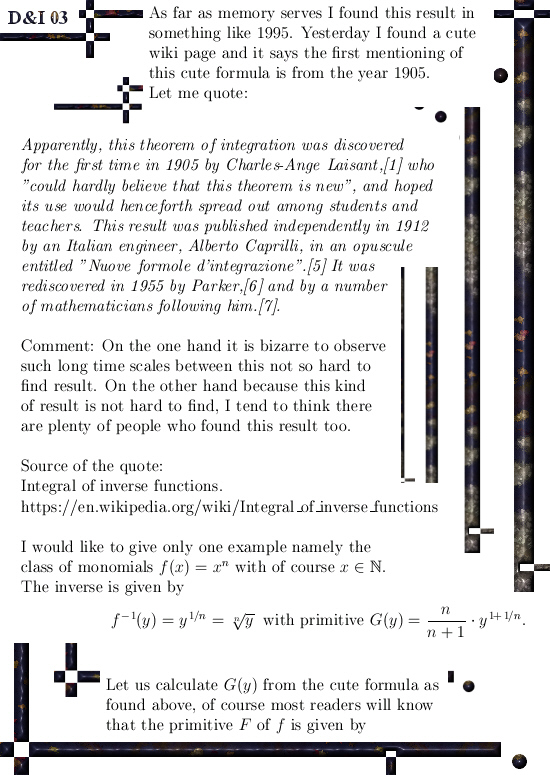 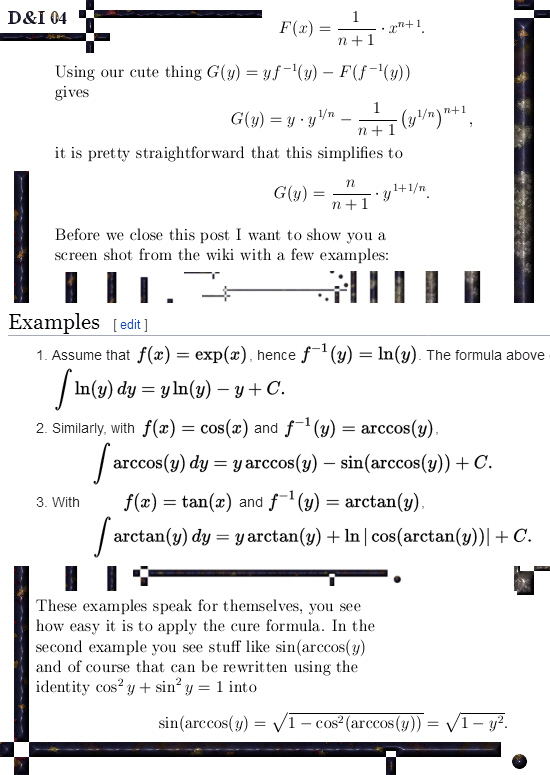 So that was it for this post, see ya around my dear reader.

Updated on 16 Oct 2017:
Today I found that video back where some guy made those unsubstantial claims that this result was never ever found in the entire history of mathematics. That is not true but it is strange that the derivative is in every introductory course or book while the integral version is always absent.
We can safely jump to the conclusion that the integral version is not widespread known and this causes authors of those books not to include it.

The video goes under the title:
Rare Integration Strategy – You won’t learn this in Calculus.

So that was it for this update on this post, see ya around my dear reader.

Updated on 25 June 2018:
By sheer coincidence I came across a very nice video today. I remember that I wanted to discuss the situation as described into the video but I also want to keep the writing short at about 500 words.

So I skipped a discussion as where the function f(x) is hard to find but it is better to attack it via the inverse function. I know this sounds a bit vague but in the video you have such a situation.

The video goes under the title:
Integration Problem: Thinking Outside the “Box,” or the Given Region (From Stanford Math Tournament)

So that’s it for this update on this post.