Recently I am working on a relatively long post where I try to take a much more geometric approach to finding exponential circles and exponential curves. That post is also going forward from a few years back when I was searching for the so called missing equations.

For example if you have a 17 by 17 matrix in 17 variables (the so called matrix representations of 17-dimensional number systems), all you have to do is factorize this determinant and from those factors you can craft the extra needed equations.

Weirdly enough you find a hyper plane and a bunch of hyper-cylinders.

So in the next post I try to show you how you can have a very geometric approach to finding the higher dimensional exponential curves as the intersection of a sphere, a hyperplane, a bunch of cones and a bunch of cylinders.

In my old notes I found a mysterious looking line of squares of cosines with their time lags. That was from before I solved the problem and this ‘solution’ has all kinds of faults in it. 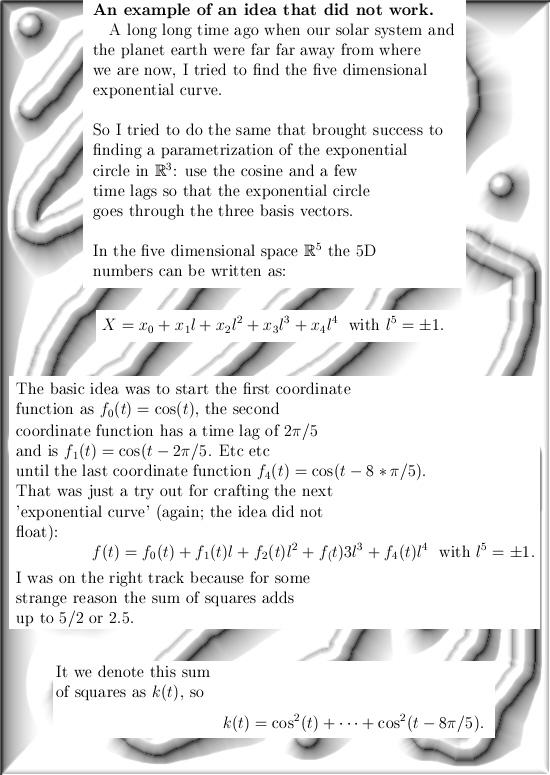 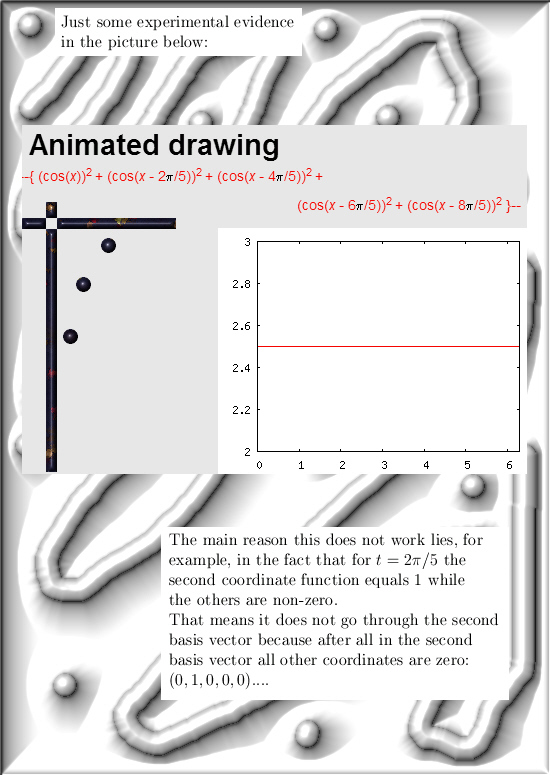 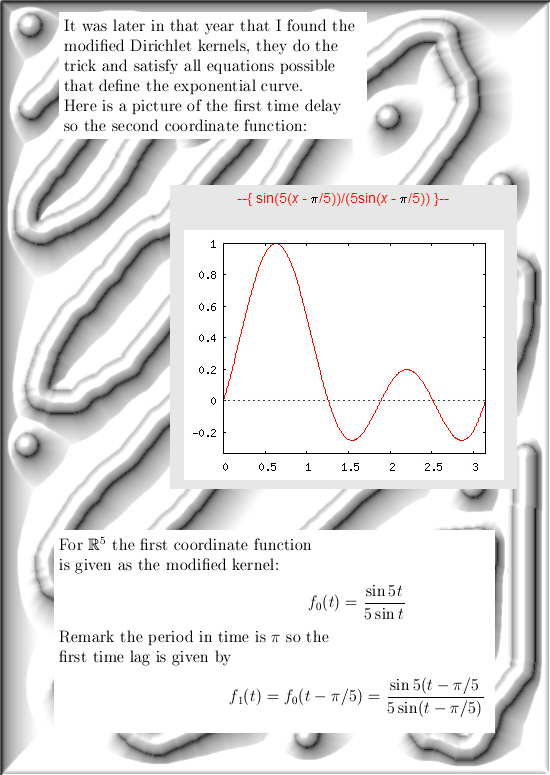 It was just over two years back I wrote that long update on the other website about the missing equations, I was glad I took those weeks to solve this problem because it is crucial for the development of general higher dimensional theory on this detail.

Here is a link to that old update±

I hope next week I am ready with the new long post, after that I will likely pick up magnetism again because I finally found out what the professionals mean when talking about ´inverted V-s’; that means there is also an electric field accelerating the particles in the aurora’s of earth and Jupiter.

Tiny problem for the professionals: At the Jupiter site, regardless of inverted V-s yes or no, the plasma particles get accelerated anyway…
So that looks like one more victory for Reinko Venema and one more silence from the professional professors.