Like promised in this post I will show you in the greatest detail possible how to find those rather difficult looking four coordinate functions.

I had thought about crafting these four coordinate functions before but the method I had in mind was rather labor some so I balked a bit at that. Not that I am lazy but I also had to work on the basics for the 4D complex numbers like in the last posts…

So one day I decided to look into the specific details of what I name ‘imitators of the number i’ and I was very surprised by their behavior. As a matter of fact these imitators imitate i soo good that you can make exponential circles of them.
And I wrote down the two exponential circles, I looked at them and realized you can factorize the 4D exponential curve with it and as such you will get the four coordinate functions…

That was all, at some point in time on some day I just decided to look at the imitators of the number i from the complex plane and within 5 at most 10 minutes I found a perfect way of calculating these four coordinate functions.

It always amazes me that often a particular calculation takes a short amount of time, like 10 or 20 minutes, and after that you always need hours and hours until you have a nice set of pictures explaining the calculation…

Anyway, this post is five pictures long and as such it contains also Part 6 and 7 of the Basics to the 4D complex numbers.

I hope that in the long run it will be the result in this post that will make 4D complex numbers acceptable to the main stream mathematical community.
But may be once more I am only fooling myself with that, after all back in the year 1991 I was only thinking stuff like ‘If you show them the 3D Cauchy-Riemann equations, they will jump in the air from joy’.
They (the math professors) never jumped from joy, no significant change in brain activity was ever observed by me. So when I write ‘in the long run’ as above, may be I should more think like a geological timescale…
__________

But let’s not complain because once you understand the factorization, it is so beautiful that it is hard to feel angry or whatever what.
Here are the five pictures: 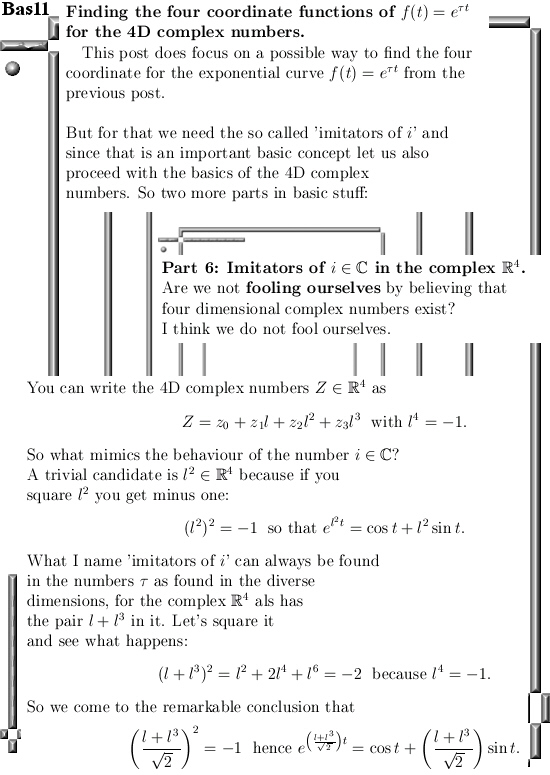 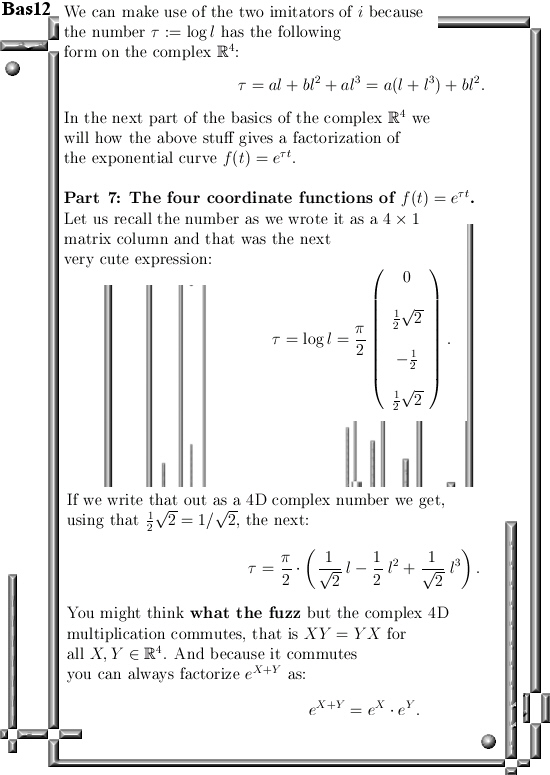 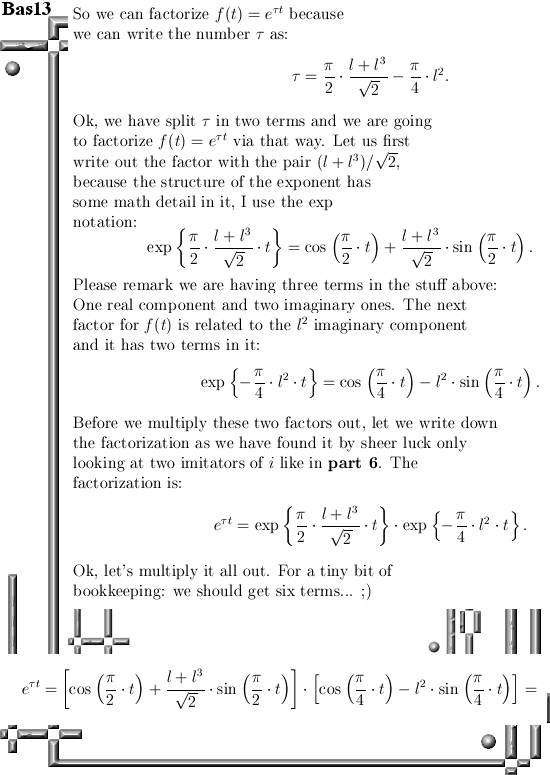 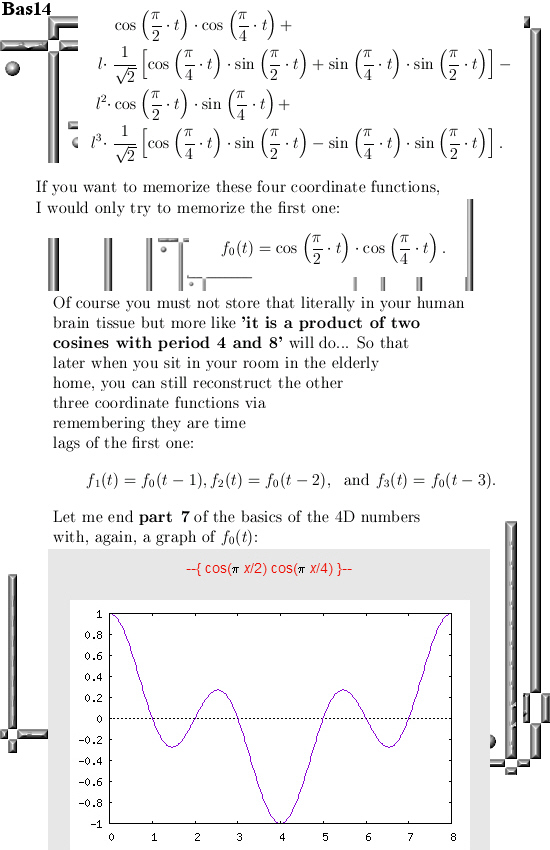 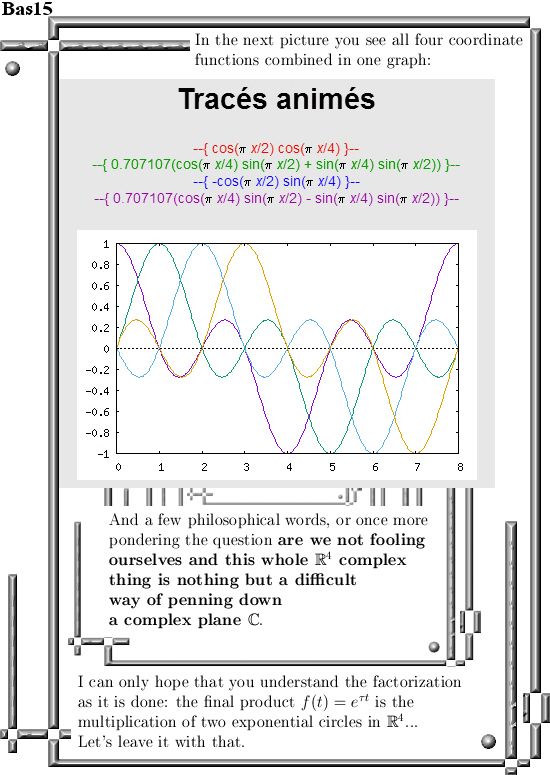 Ok, that is how you calculate the four coordinate functions.