It took me longer than expected to craft this update. That is also the nature of the subject; you can view and do math with Cauchy integral representation in many ways. In the end I settled on doing it just for polynomials of finite degree and even more simple: these polynomials are real valued on the real line. (So they have only real coefficients and after that are extended to the space of 4D complex numbers).

In another development, last week we had the yearly circus of Noble prizes and definitely the most cute thing ever was those evolving protein molecules. Because if you can use stuff like the e-coli bacteria you can indeed try if you can (forcefully) evolve the proteins they make… That was like WOW. Later I observed an interview with that chemistry Nobel prize winner and she stated that when she began she was told ‘gentlemen don’t do this kind of thing’.

So she neglected that ‘gentlemen stuff’ and just went on with it. That is a wise thing because if you only do what all those middle age men tell you to do you will find yourself in the very same hole as they are in…
The physics prize was also interesting, for myself speaking I was glad we did not observe those physics men totally not understanding electron spin but with the usual flair of total arrogance keep on talking about spin up and spin down.

You can also turn that spin nonsense upside down: If elementary particles only carry monopole electrical charge than why should electrons be bipolar when it comes to magnetism? That Gauss law of magnetism is only a thing for macroscopic things, there is no experimental proof it holds for quantum particles…

Therefore I took so much time in trying to find an easy class of functions on the space of 4D complex numbers. I settled for easy to understand polynomials, after all any polynomial gives the same value everywhere if you write them as a Taylor series.
Since this property of polynomials is widely spread I can safely say this in this part 14 of the basics to the 4D complex numbers we have the next Theorem:
THEOREM: The math will do the talking.
PROOF: Just read the next 12 pictures. QED.

As usual all pictures are 550 x 775 pixels in size. I also use a thing I name ‘the heart of the Cauchy integral’, that is not a widely known thing so take your time so that the mathematical parts of your brain can digest it… 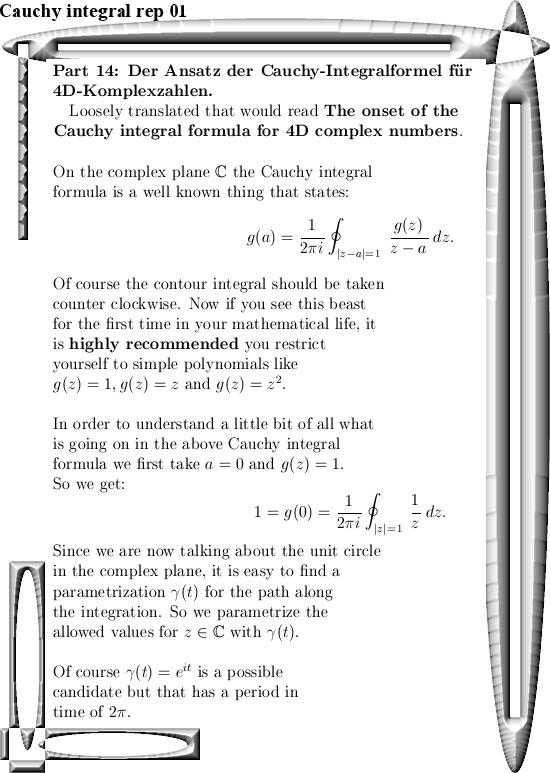 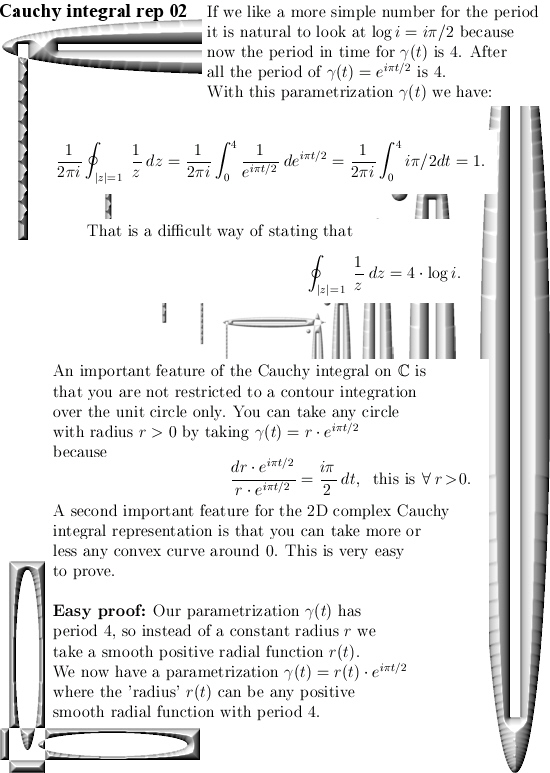 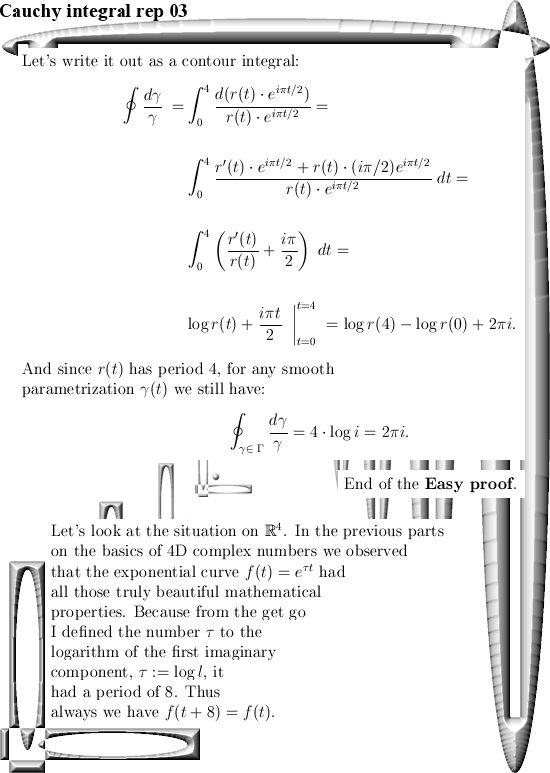 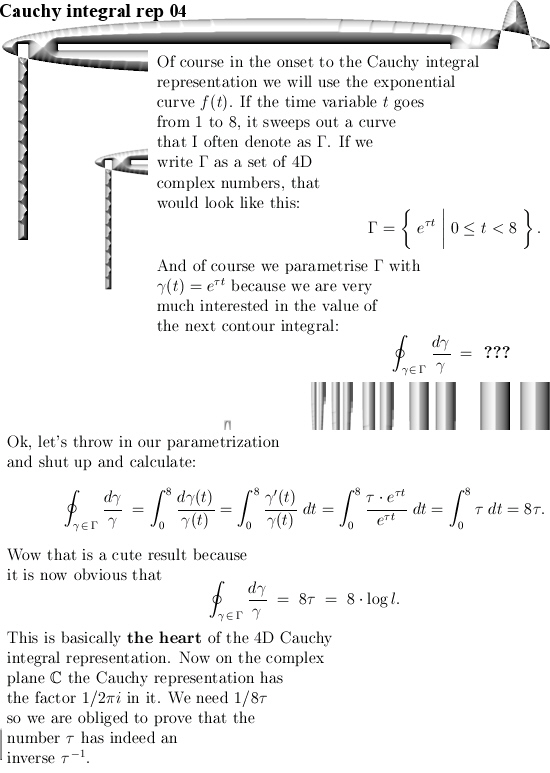 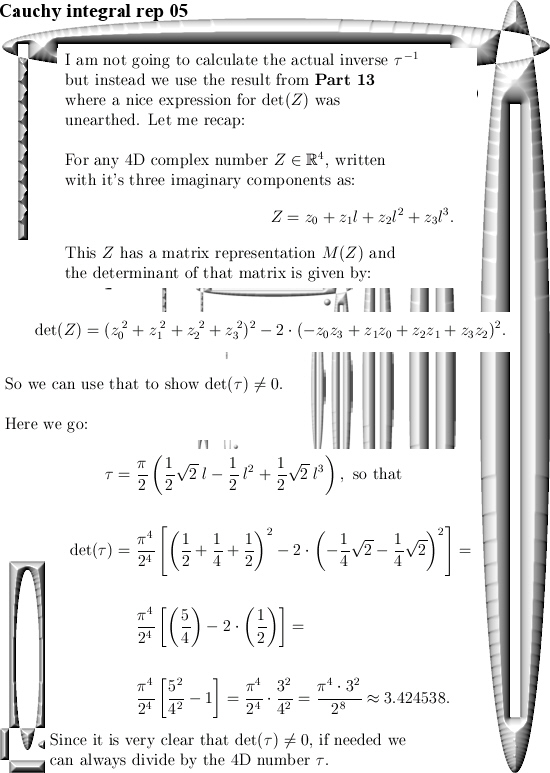 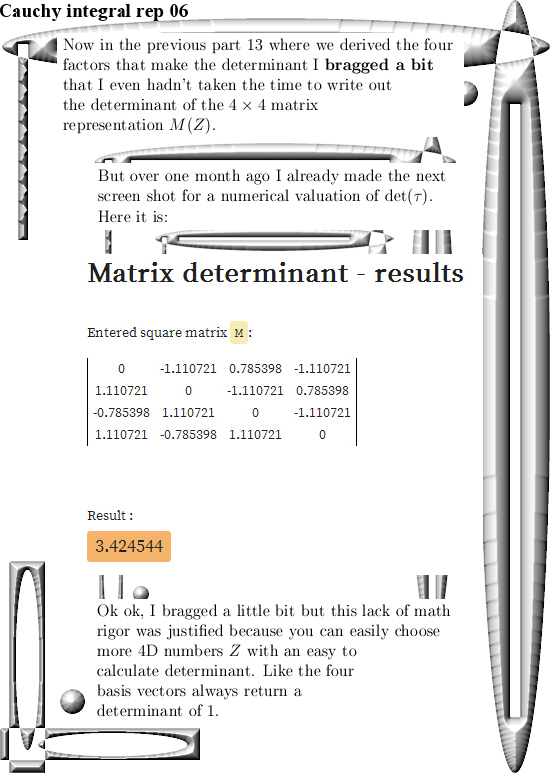 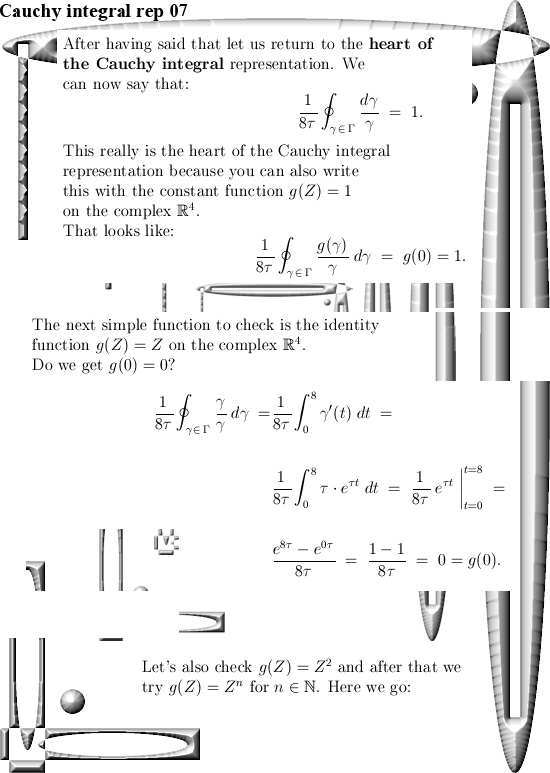 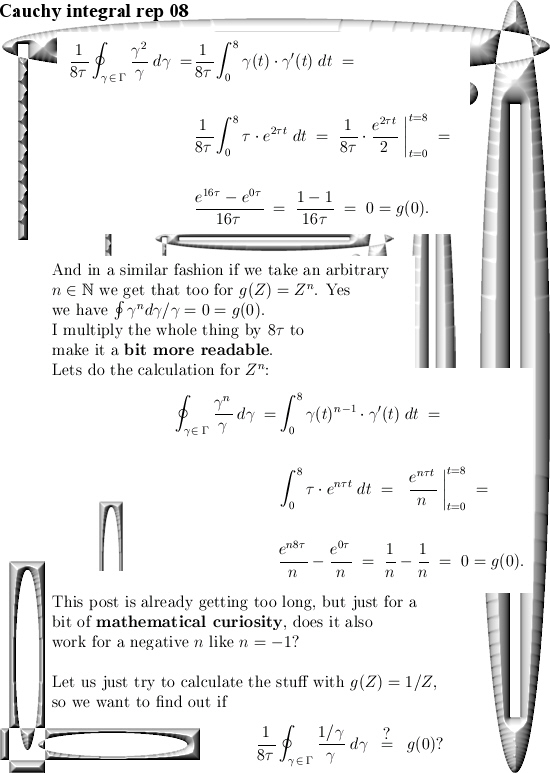 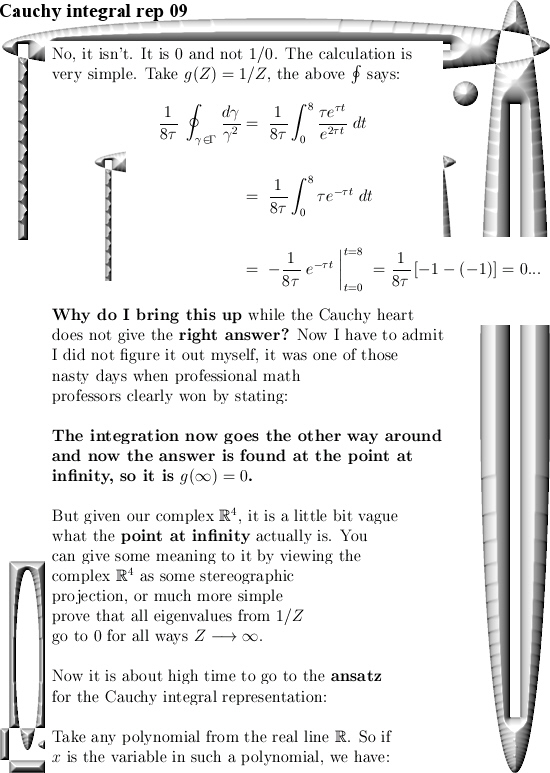 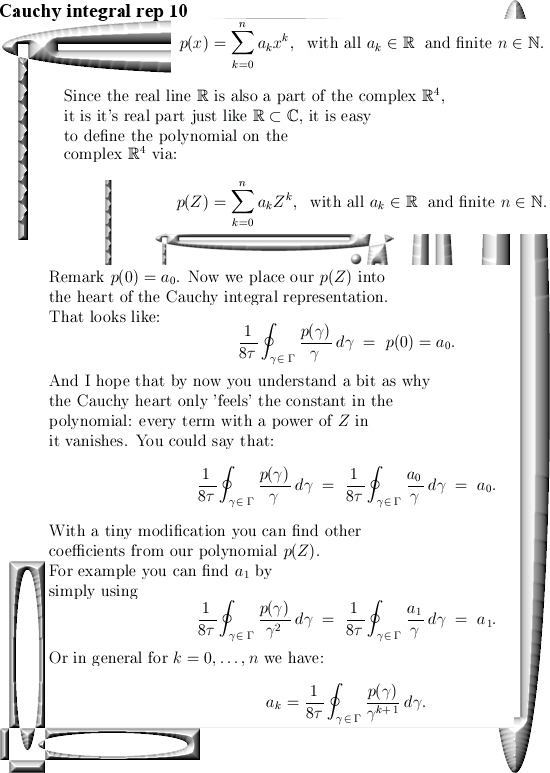 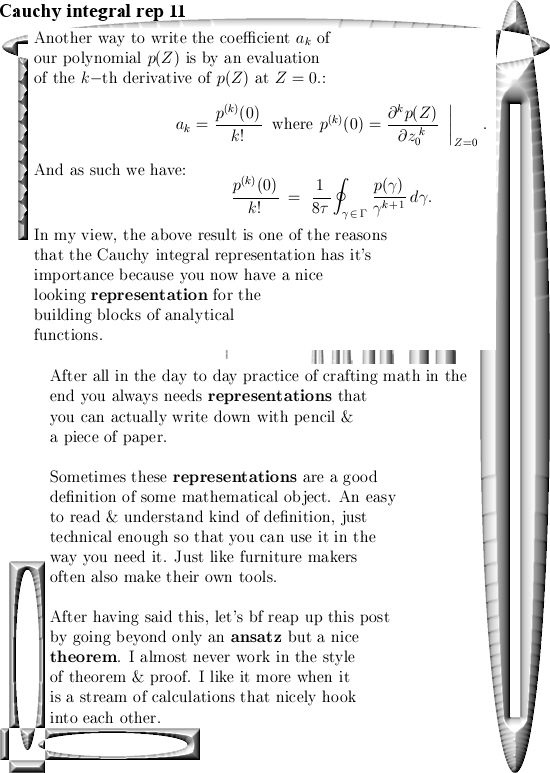 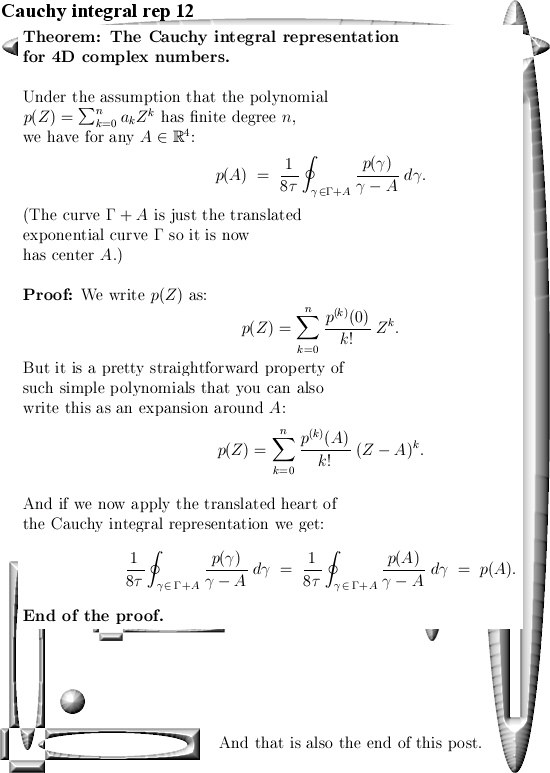 I truly hope the math in this update was shallow enough so you can use it in your own path of the math that you like to explore.

End of this post, may be in Part 15 we will finally do a bit more about the diagonalization of 4D complex numbers because that is also a universal way of finding those numbers tau in the different dimensions like the 17D circular numbers & all those other spaces.