This post has many goals, for example in the previous post I talked about a ‘very rudimentary Fourier transform’. In this post it is a bit less rudimentary, a bit more satisfying definition is given but still I did not research all kinds of stuff like the existence of an inverse & lot’s more basic stuff.

For myself speaking I consider this ‘new Fourier transform’ more as some exotic bird that, if capable to fly a few meters, will only draw applause from specialists in Fourier analysis.
So for myself speaking I am far more happy we need a more advanced number tau and the mathematical miracles you can do with it in three dimensions.

Therefore I included two examples of exponential curves that go through the plus and minus of all three basis vectors in 3D space, after all this is one of my most remarkable math results…

In this post I also show you how to use the calculus of ‘opposite points, in three dimensions it works like a bullet train but the higher the dimensions become the harder it is to frame it in simple but efficient calculus ways like using opposite points on exponential circles.

Another thing to remark is that an exponential circle is always a circle; it is flat in the 2D sense and has a fixed radius to some center. When this is not the case I always use the words exponential curve…

This post is nine pictures long, I truly hope you learn a bit from it.
You really do not need to grasp each and every detail, but it is not unwise to understand that what I name the numbers tau are higher dimensional versions of the number i from the complex plane. 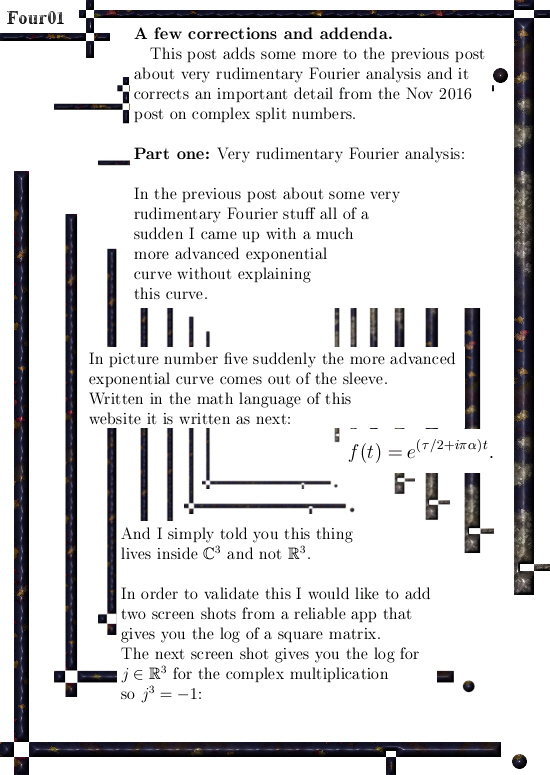 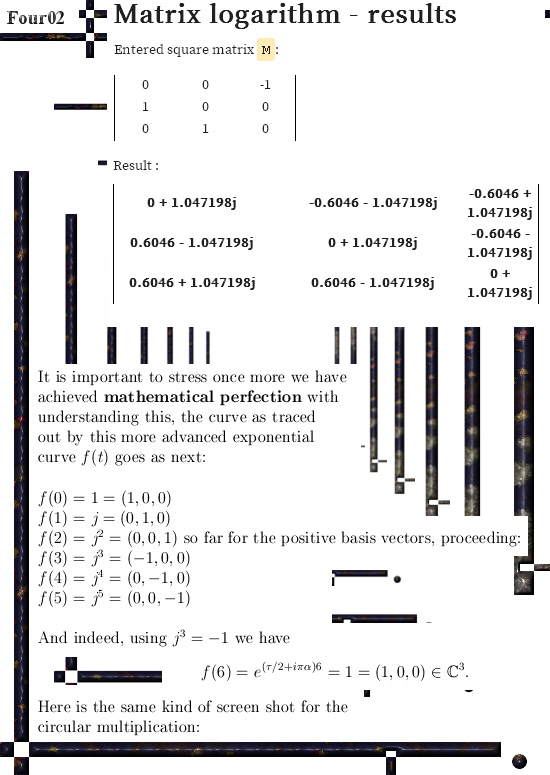 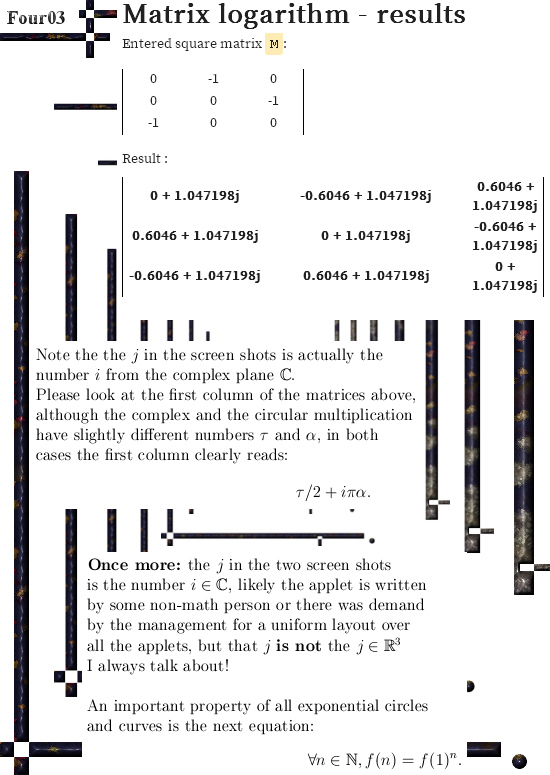 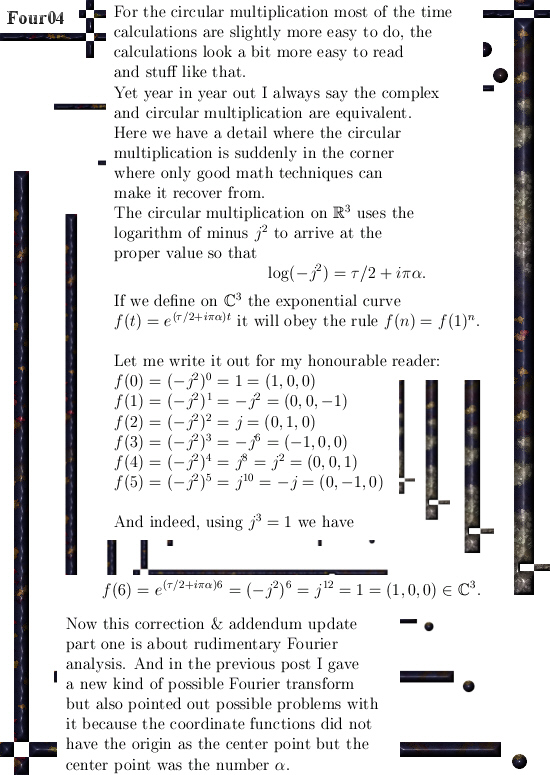 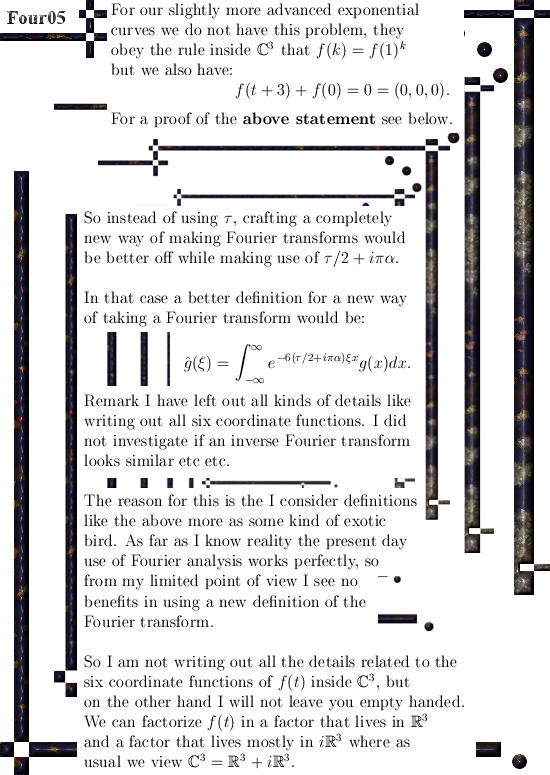 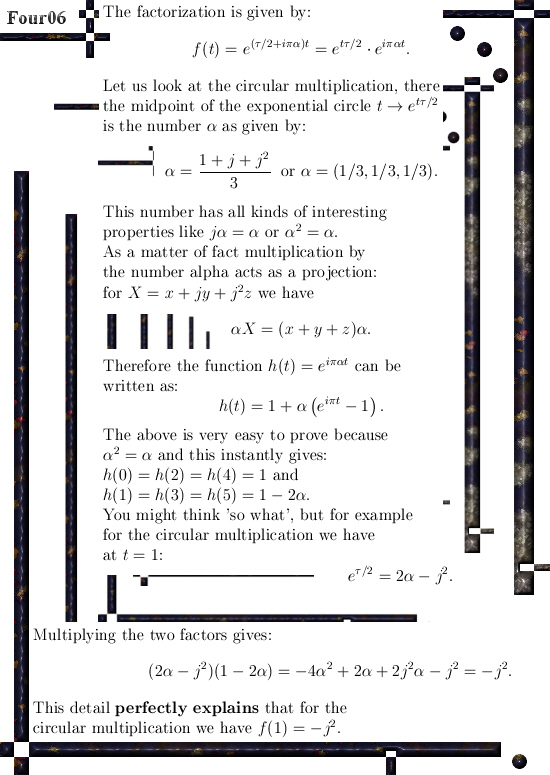 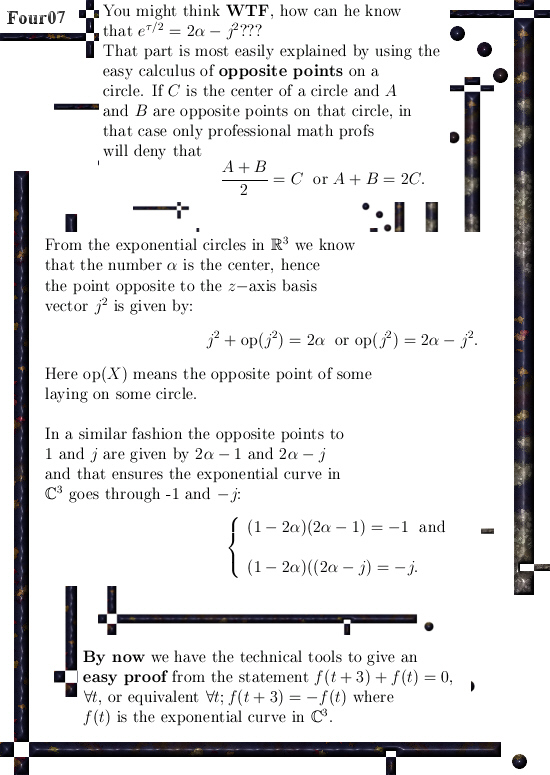 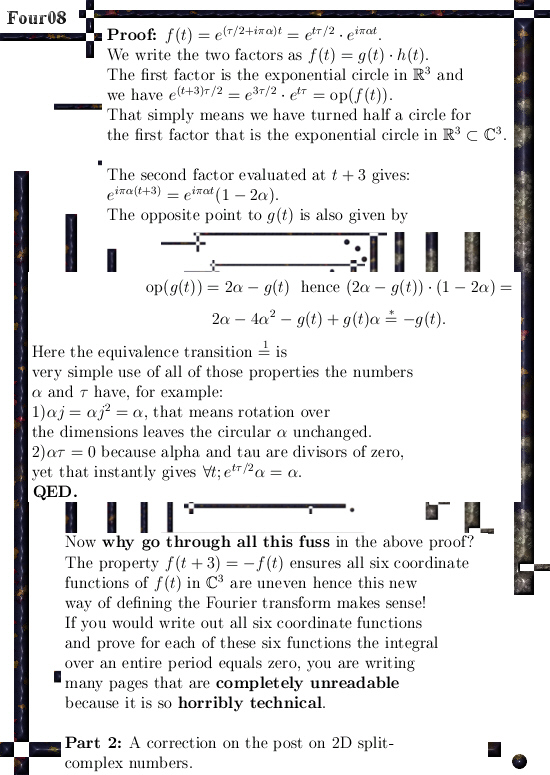 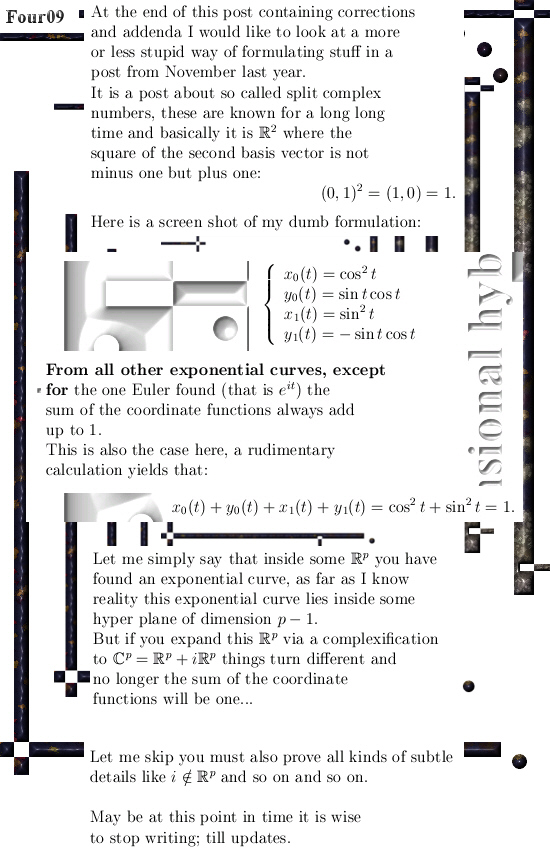 In these nine pictures I forget to remark you can also craft a new Cauchy formula for the representation of analytic functions. For myself speaking this was far more important compared to a new way of Fourier transform.

You still need that more advanced version of tau…

Can´t get enough of this stuff?
Ten more pictures dating back to 2014 at the next link:

A link to the Nov 2016 post on 2D split complex numbers that contains the disinformation about the sum of the coordinate functions:

The second hybrid: a 4D mix of the complex and the circular plane.

End of this post, likely the next post is about prime numbers and how to demolish the internet security we think we have using huge prime numbers…

So see you around!