It seems that the irish math guy sir Hamilton has sought three dimensional complex numbers for a staggering long period of 15 years. After 15 years he found the four dimensional quaternions, that is nice stuff but for differentiation and integration the quaternions are about the biggest disaster there is around.

Therefore, beside linear transformations, there is no functional analysis on the quaternions.

In this post I originally wanted to give you some link to some stuff that was labeled under the name ‘Alan’s pages’ but I cannot find them back. Alan did everything wrong just like Hamilton did:
Basically they start with the comlex and try this to extend to 3D space; that stuff is guaranteed to fail hard.
Anyway, my first try was a surface named the Riemann surface of the logarithm although at the time I found it I did not know what Riemann surfaces were. This update is five pictures long each 550 by 550 pixels. Have fun reading it. 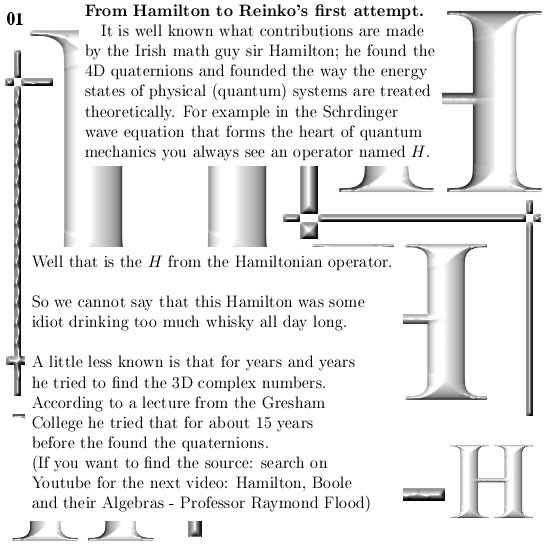 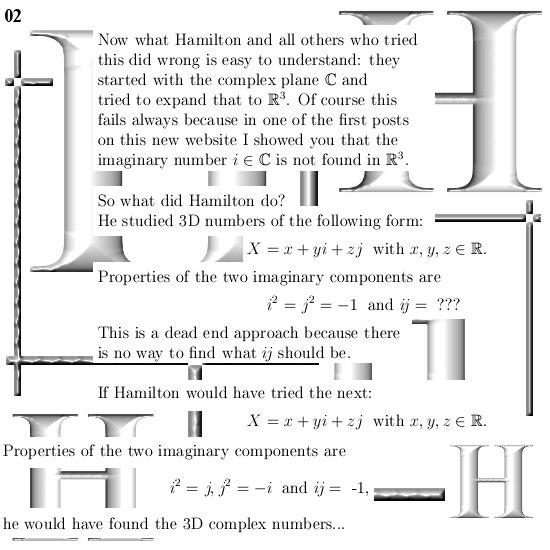 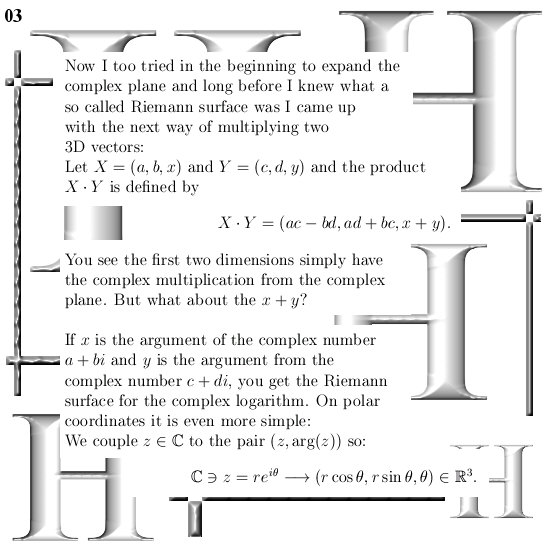 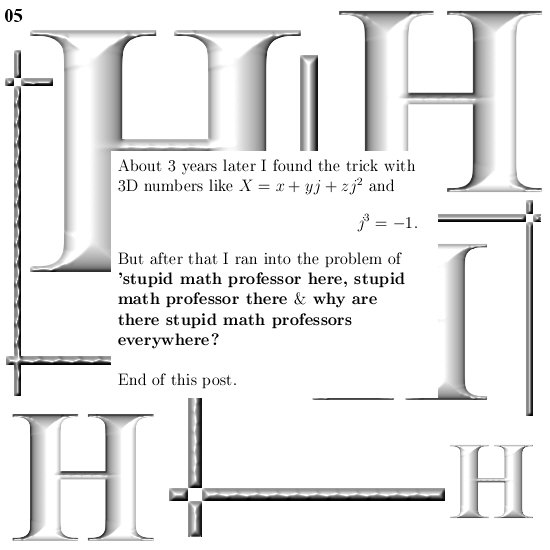 In another development I wrote reason number 12 as why electrons have to be magnetic monopoles, later this week I will hang this into the other website on the page on magnetic stuff. It is about the plasma they use in nuclear fusion reactors, the plasma is not stable and the physics professors do not understand why this is.
Well these torus shaped fusion reactors constantly accelerate the plasma particles until they get relativety effects, the basic concept of torus shaped reactors is basically what is wrong with it…